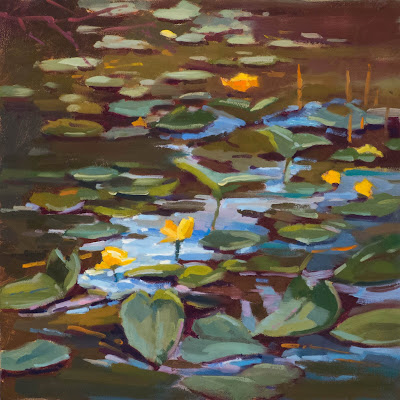 This is my....
.....second attempt to paint this group.  I had tried it a few evenings before and bombed (see below) so came back a few nights later for another shot at it.  I think that if I counted there would be about half the number of lily pads represented here that were actually there.  As it was I was going cross-eyed trying to sort out an interesting view.

Here is the painting from before...sorry about the glare on it....and the resulting panel which was repurposed for this one.  I've found that some panels/canvases have to painfully learn what it is they are supposed to do.  Sometimes it takes multiple attempts for one to begin cooperating. 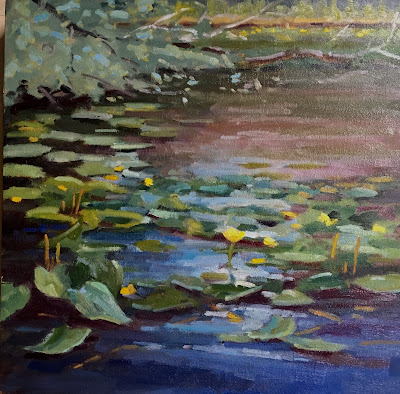 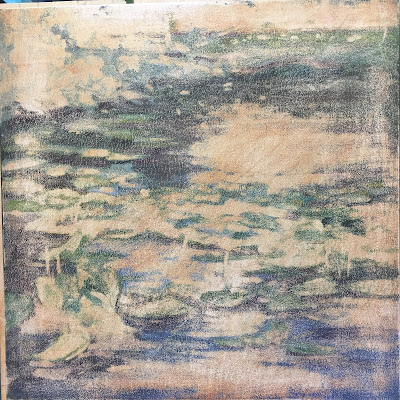 Of course that's a bad joke, but it feels like truth sometimes.  I have panels with five wiped off paintings leftovers underneath.

Wm F. Reese and Sonny Apinchipong, Back to Back!! 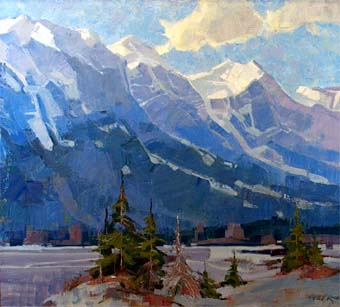 Two Outstanding Artists Coming To Bainbridge!!
This is a banner month as the art of William F. Reese will be featured at the Roby-King Gallery here in Winslow.  While Bill died almost a decade ago, his influence on artists is still greatly felt and appreciated.  A powerhouse of an artist, William Reese was fully fluent in sculpture, painting in all media, drawing and printmaking.  For artists to be able to stand in front of one of his paintings is like getting an advanced study lesson in technique, composition and creative inspiration. 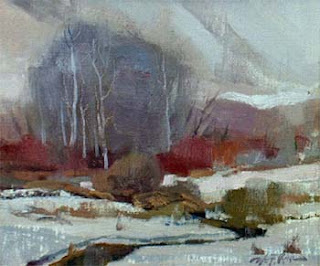 In August most of the gallery will be taken over by his work as well as the work of Mary Balcomb, author of definitive books on several artists including William F. Reese and Nicholai Fechin.  Standing in for Bill on opening night, next Friday, August 2nd, 2019 will be Fran Reese, devoted partner/wife of all his years, and for Mary, her daughter Amis Balcomb. 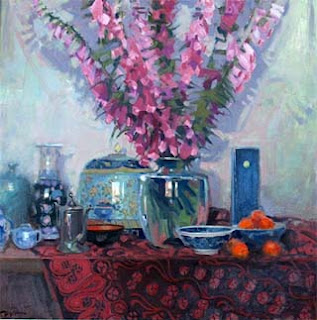 AND THEN!!, if that is not enough, Sonny Apinchipong will be here at the end of August to teach a three day workshop, do a demo and participate in the Winslow Paint Out. 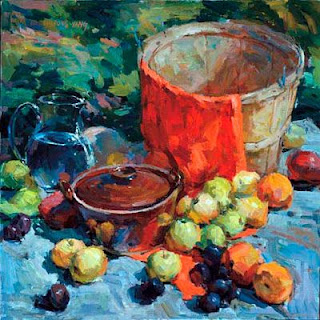 Sonny was a teaching assistant for Sergei Bongart (as was Bill Reese) and went on to work for Disney and Don Bluth studios doing the backgrounds for some of some of the major hits of the last thirty years.  I remember seeing the original paintings he did for Lion King and feeling so proud that I had learned to paint from him. 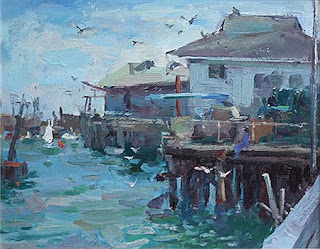 While I have studied with many talented people, it was Sonny who taught me how to have the right attitude about what I do.  He has a light-hearted amusement about painting that I try to emulate (and still trying).  He can throw a painting that didn't quite succeed into the forest with such glee.  If you can make his workshop do it.  You will learn a great deal about moving paint around.  Sign up at the Winslow Art Center.

Thanks for looking.  Come to these events!