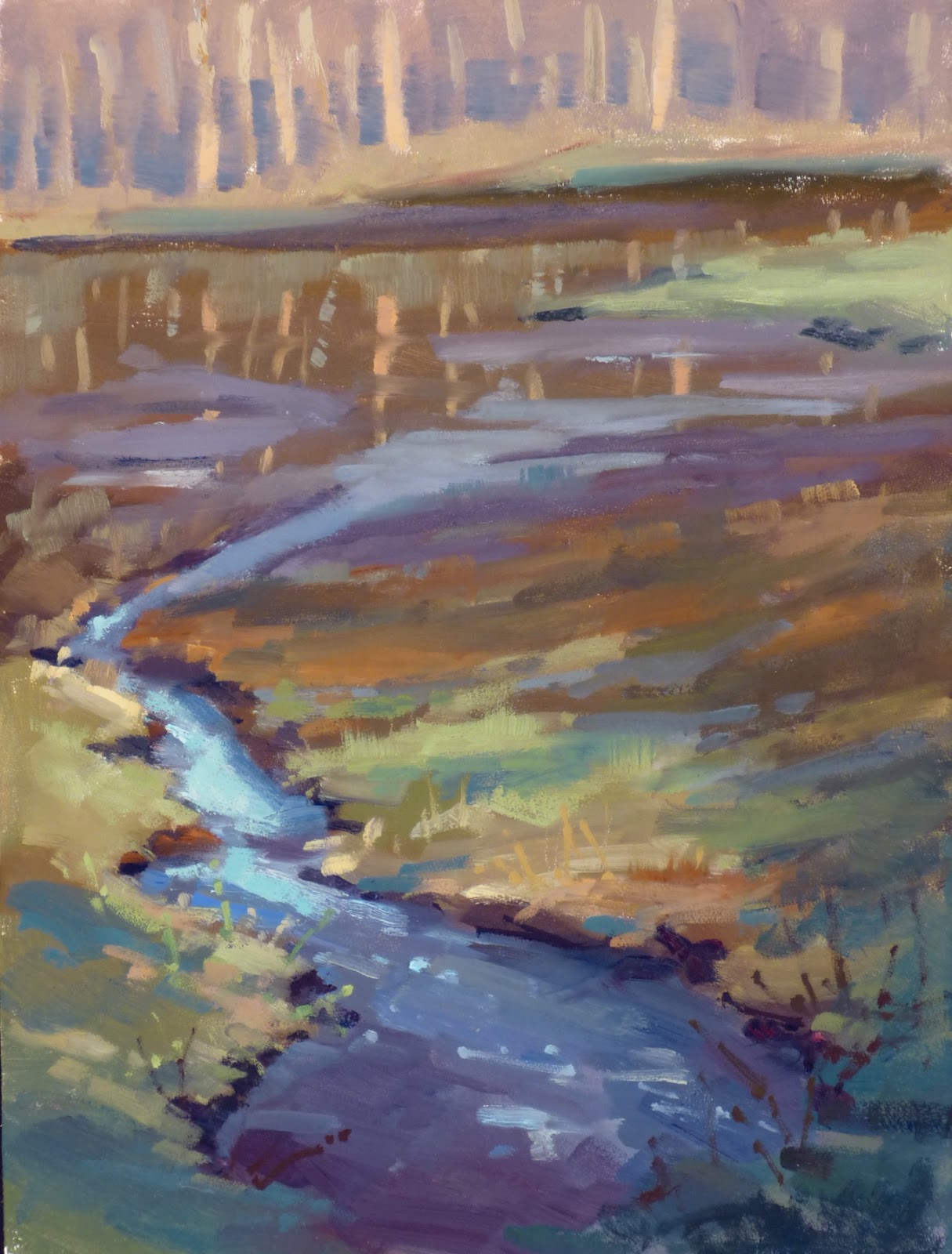 Friend and Dedicated Painter.....
.....Rob Weiss (his blog is HERE) gave me a call last Friday to say he was just down the street painting, so why not come too.  Within five minutes I was out the door.

The morning was pretty foggy but slowly clearing and Rob did a couple of terrific pieces from the same spot but looking different directions.  He had to leave about the time I was beginning this second one and the sun was breaking through the first three layers of clouds.

There was something about the design of the water channel and the patterns in the sea grass that was intriguing.  As the sun broke through, the trees on that opposite bank began to contribute their glow and the painting fell together.

Now I want to do a larger one but maybe on a squarish panel.