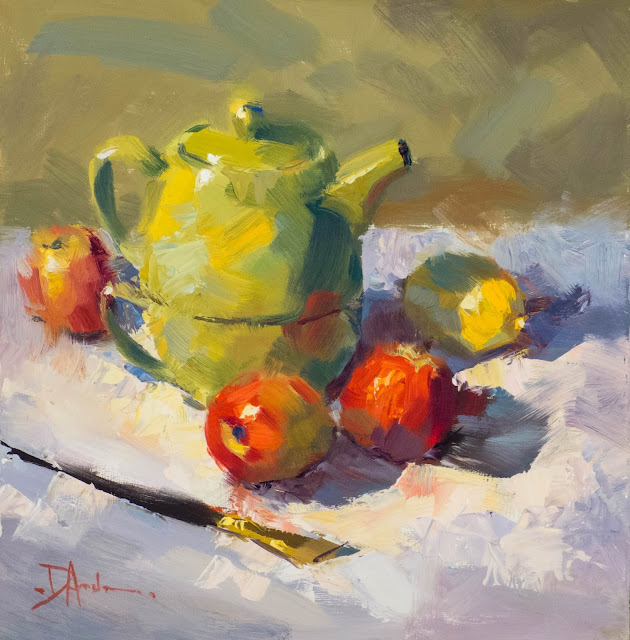 Here are two paintings in which I felt like playing around with the idea of just beginning in one spot on a painting with my best shot at the right color on the first stroke and then keep going.  No scraping, no drawing, just one stroke next to another....with some more paint piled on top if needed.  Some knife work.  Some soft brush work.  Some color pushes. 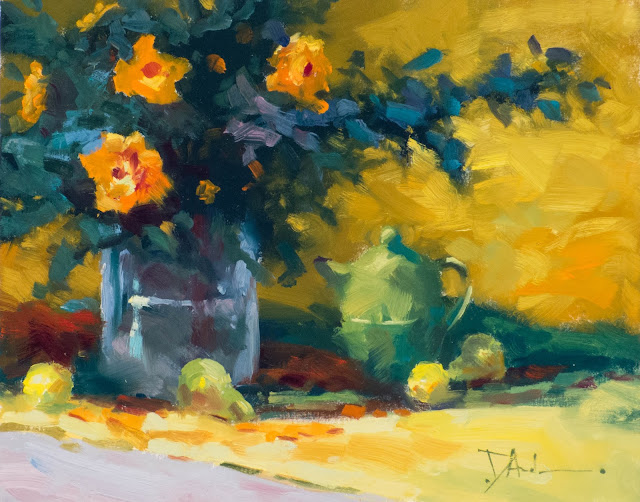 In the first one I began with the shadowed side of the teapot, the shadow it cast on the cloth and the cast shadow on the lemon.  On the second it was the light side of the teapot and the dark reddish and green cloth that led over and behind the the flower vase.

Short post.  I spent the day painting plein air and am 'talked' out.  Today is summer solstice.  It's going on nine o'clock and is still brighter than many winter days.  This has been happening for billions of years.  Here we are.

Later.  Thanks for looking.