....the more in the dust I get.  I'll never post everything, so here is a group of portraits done in the last couple of months, in an effort to get more of it out.

I decided to spend some time with profiles because they are a hit or miss kind of thing for me lately.  There isn't much room for error.

'Red Beret', 12x16 was of a friend whose likeness I have always had trouble with, this one included.  Still, I like it as a painting.  I used Raw Umber, Cad Red and Yellow Ochre.   Rim lighting. 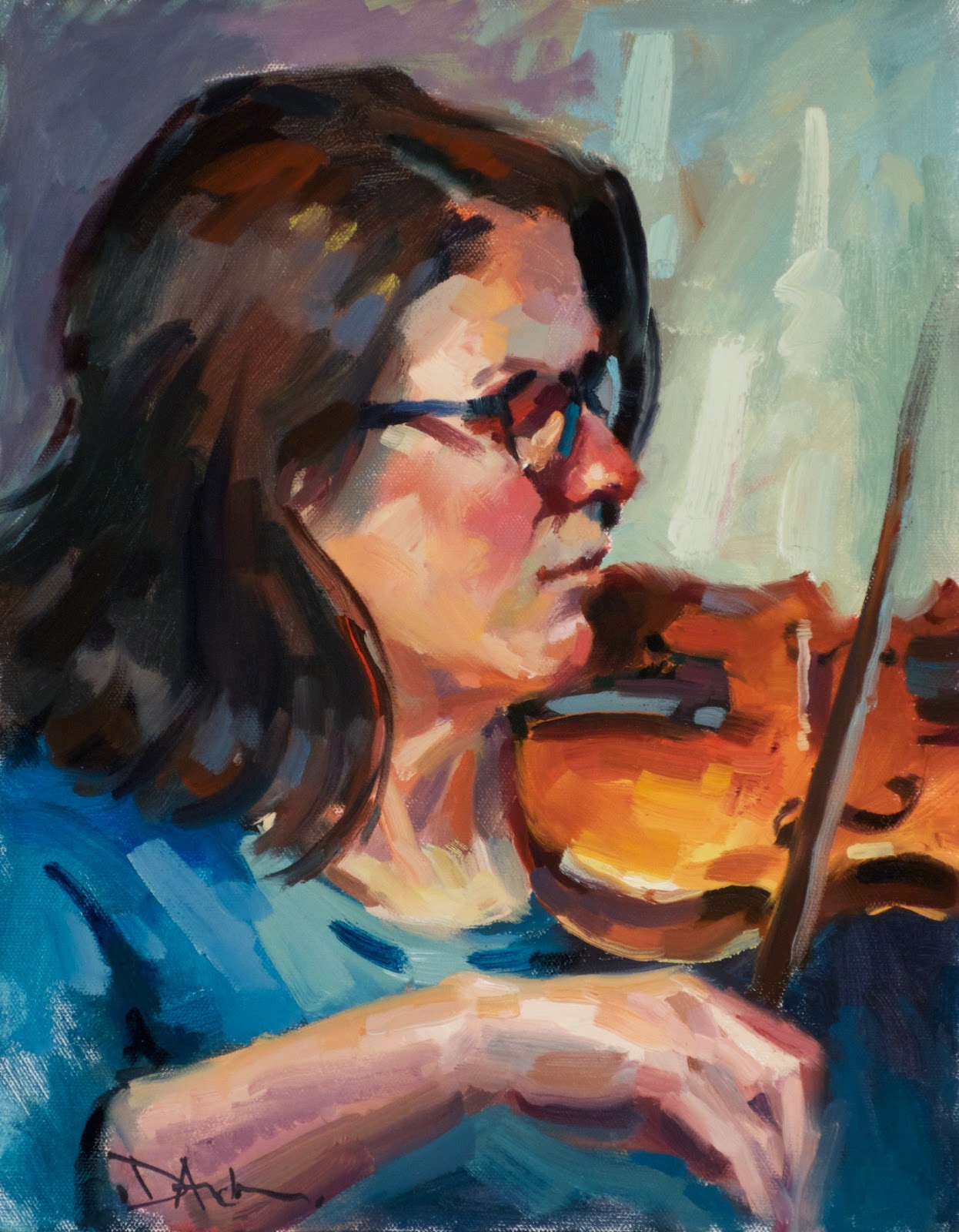 'No Wrong Notes', 11x14 is the daughter of another painter.  Get this.  She also races sailboats, is a computer programmer and a couple of other things I was too blown away about to remember.  She is sailing solo from Seattle to Hawaii just to be in a competition.....and then sail back.  My usual split primary palette. 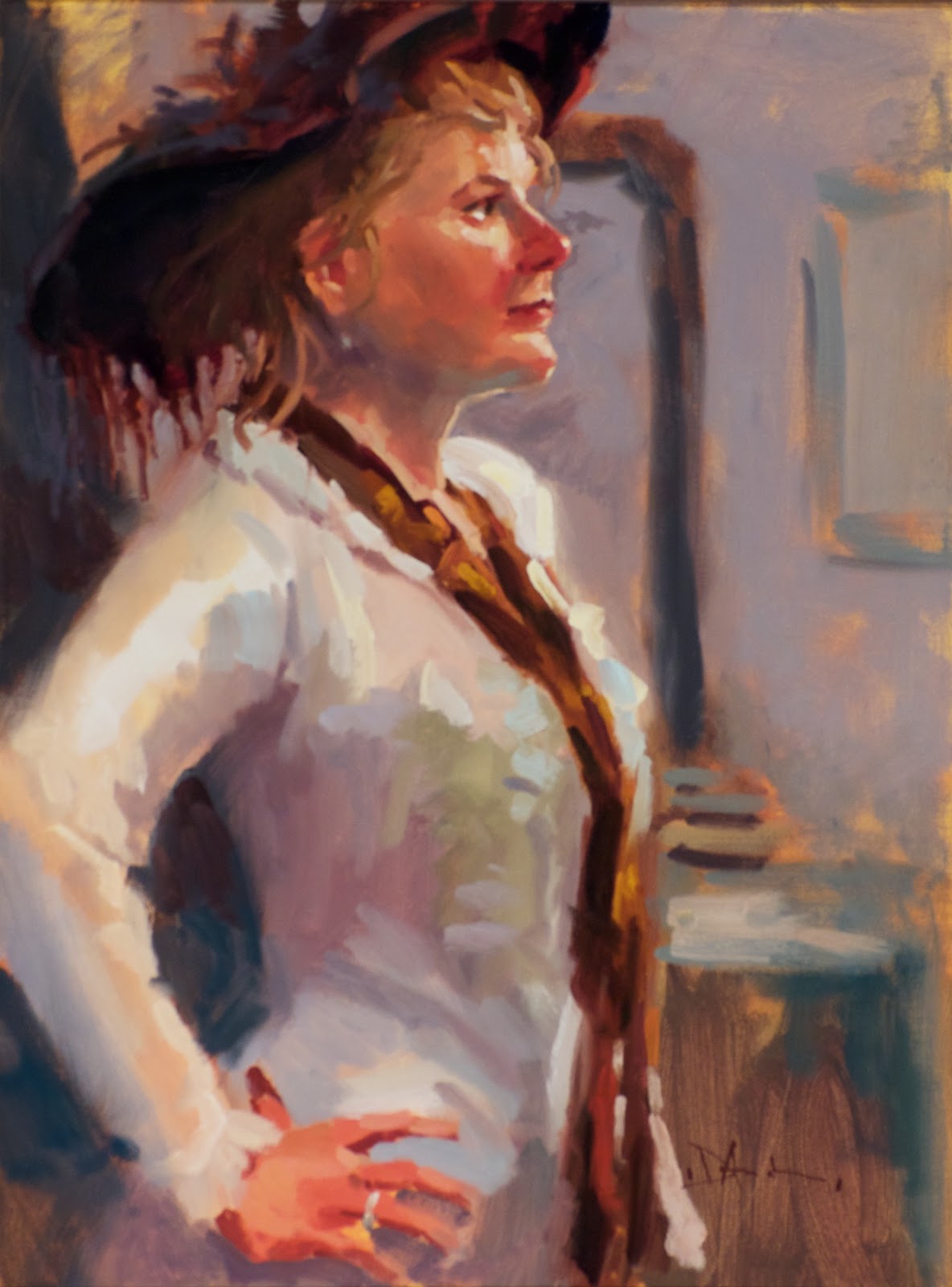 'Daily Dress' 18x24, is of a woman living north of here who has decided to dress like someone in the early 1900's.  She has done it for the last ten years.  Her corset has given her the tiniest waist.  The hat is from the 1870's but the other clothes she makes.  She speaks frequently to groups who want to know about period dress.....and to others who wonder where her internal organs have gone.   Split primary palette again.  Another backlit scene that affords those wonderfully colorful shadows.   When she first took this pose she had a defiant kind of stance which as the session went on became much more relaxed.....I'm glad I was able to keep the 'attitude' in this one.