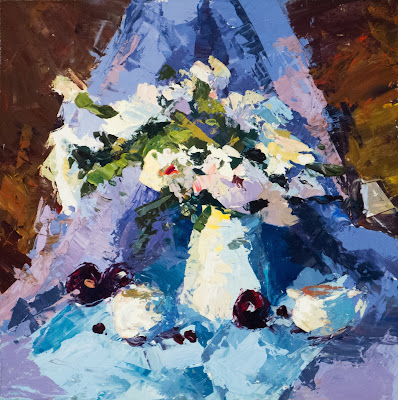 Color Comps....
..... were taught to me by Ron Lukas who, after being hired away from teaching a bunch of us how to paint, spent more than a decade doing mostly color comps for Dreamworks.  Ron was looser about it than I am, but the value for me is still realized....and I sell a few.

(Now that I've mentioned his name I can't keep from saying what an incredible artist he was to learn from.)

This is a 6x6 of a still life I had set up for classes.  I wanted to see where I could go with the color....where were the edges of still keeping it mostly a blue/purple painting?  I think I found some of them and am happy.

Here are two more, they are 4x5 and 4x4, plus one of the paintings that came from it.  I do these with a palette knife on inexpensive card stock as they are just for study....although some have been around for ten years and still look as good as new.  They only take 20 to 40 minutes to do and give me not only good information but allow playing with ideas before committing to a larger painting.  Likely I should do more of them. 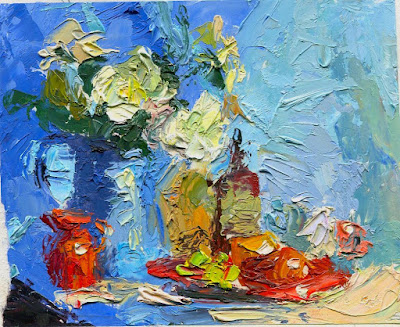 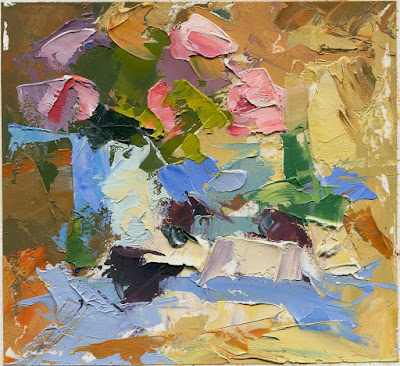 Thanks for looking!  I have some more stuff in the works coming up soon.